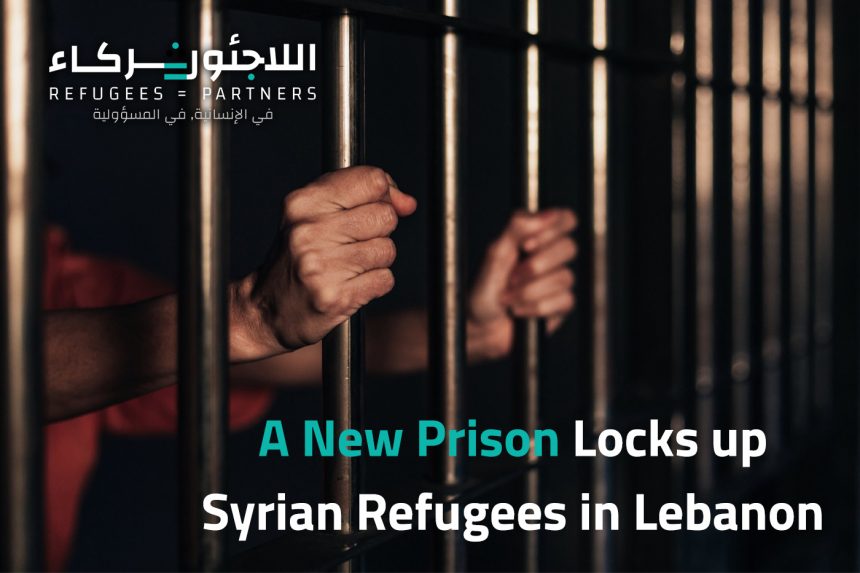 A New Prison Locks up Syrian Refugees in Lebanon

Wherever the Syrians go, they face tragic circumstances, and with the new Coronavirus pandemic, the tragedies have taken another form. This situation indirectly destroys what is left of Syrian’s livelihood through its accumulated effects.

The survey conducted by the “Refugees = Partners” project showed some figures that indicate how deep the wounds of refugees in Lebanon. The information collected focuses on Syrian refugees’ access to food, medical care and income during the lockdown period imposed by the Lebanese authorities as one of the measures taken to control the spread of COVID-19.

The figures showed that about 88% of the random sample of 340 Syrian refugees in Lebanon did not obtain any income from work during the lockdown period, and that almost two thirds of the sample obtained their food through debt and borrowing. Additionally, only a quarter of the sample had access to basic medical care and medicines.

What has changed in their lifestyles?

“We became like prisoners, but the difference here is that the prison management does not offer us any food “, This is how a person of the sample who answered the questionnaire described the situation during the lockdown. Whereas he lists dozens of calamities that he and his family have witnessed since they came to Lebanon, he adds that he always felt afraid and had the feeling that he was fleeing to the unknown. However, with the Corona crisis, he feels as if he is standing in his place, and instead of fleeing, fear is besieging him and he is unable to move nor escape again. Another participant in the survey stated that “We are dead with no right to be buried in a grave or even a shroud … The situation was bad and now it is at the bottom.”

Thousands of Syrian refugee families are exposed to a possible homelessness as they are unable to pay rents for their houses, and landlords threaten to evict them after the third month in a row without paying their rent dues.
A woman expresses her anger at all the measures taken against the refugees, she says, “We have not benefited neither from UNHCR nor from food or financial aid … I feel disabled when looking at my children.” Perhaps this woman used to work between one and three days a week because of lack of work opportunities, she wishes she could work day and night to obtain more income. With the Lebanese revolution followed by the Coronavirus pandemic, she said that she had no choice but to sit and watch her children, ” withering in front of her eyes.”

Away from rents, education and child care, people with chronic diseases and the sick are greatly affected as most of them were receiving assistance in one way or another. However, today they have to search for it and seek it. A woman says, “I have two sick children, and I am not receiving any help from the United Nations. If it were not for the good people, we would have been dead by now.” Then she compares between her current situation and her situation before the Corona pandemic, and says, “Before, I used to work irregularly, brought medicines in debt, and lived under the stairs. Today, the situation is tragic and I am very disappointed.” She describes the way she goes to work like a “thief” because she has to sneak in during the lockdown period and find work in order to be able to feed her family of 7.

“Out of the frying pan and into the fire” says a person repeating what his peers already said about poverty and the difficulty of securing food, medicines and rent. He adds, “the psychological state is very tiring, and we always quarrel at home or perhaps (vent out) due to the distressing situation. I fight on a daily basis with my wife, and children, and everyone is right.”

A number of Syrian refugees were forced to send their families back to Syria and stay alone in Lebanon in order to work, or for not being able to return themselves for various reasons. As a result, the families were dispersed with the father staying in Lebanon, the wife and children in Syria. Every one of them is suffering but they all have the same idea in their minds: “Death by Corona is much easier than starvation, poverty, or other disease.”